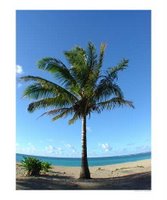 Vino Girl will be hula-ing over to next week and, although I have nothing against a nice Mai Tai by the pool, I thought I would check in to the wine situation in the aloha state. I don't know about you, but I always like to know what I am up against wine-wise when I travel.
First I hit up Wine Spectator's Restaurant Awards List (not that I buy into that whole thing 100% but that is for another post) to see if any Hawaiian restaurants even showed up. My quick check returned 36 'awards' restaurants in versus 322 in and 486 in . Okay, I can live with that. Since is my first stop I dug a little deeper there. Generally speaking, the wine lists in Oahu focus on wine and run about 200 - 300 deep as far as individual selections. Bring me an umbrella for my Riedel people!

Many of the restaurants do not showcase their wine lists online so when I was able to find one that did, I took a closer look. Hiroshi, a "meat & seafood grilling" restaurant in received the award of excellence and boasts over 200 selections. The first thing I spotted was a 1996 Dom Perignon which, while not a daring selection, is priced at right around the restaurant average. The white wine list features some notable names such as Araujo and Kistler and red highlights include DRC La Tache (which seems to be a ridiculous steal at $550), Arietta, Turley, Ramey, Diamond Creek, Dunn, Stag's Leap Cask 23, Harlan, Spottswoode and three of the five first growths. A quick visit to winesearcher.com verifies that they are not robbing you blind with the prices either.

I am relieved to say that I won't have to settle for pineapple wine, or " blanc" as it is commonly called, while visiting the 50th state. And if you think I don't already have my table reserved at Hiroshi then, well, you don't know Vino Girl.
Posted by Anonymous at 4:49 PM